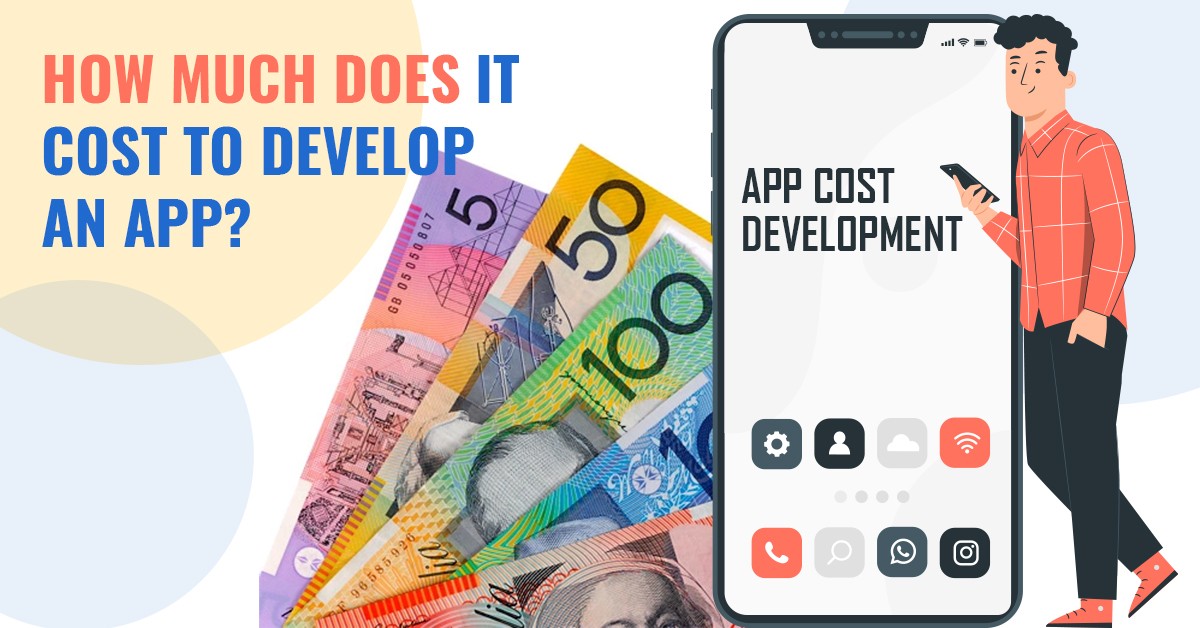 The introduction of Apps has made life very easy-going. Therefore, there is a curiosity among the people to know how an app can be developed and how much does it cost to develop an app. It has been found that, In Australia, the average cost of developing an app is approximately $50,000 to $250,000. However, the exact cost for developing an app depends upon various factors such as what type of app is being developed, its features, where it has to be used, and what is the location of the development team.

The mobile apps are in demand and the same is proven with the report of Statista that says – Total number of apps available on app stores is around 7 billion and is ever-increasing. Some studies concluded that for developing a small-sized app a cost of $50,000 to $75,000 has to be incurred. For a medium-sized app, the cost varies from $75,000 to $125,000 and for a big app with various features, the cost incurred is $150,000 or more. Large corporations, which need various kinds of apps for their marketing or other business work, spend millions and millions of dollars employing a large number of mobile teams to develop and maintain their apps.

The factors which can impact the cost of developing an app are as follows:

#1. What kind of app is going to be developed?

The major part of the development cost of an app probably depends upon its type. Developing an Android app will cost much less than developing a social media app.

#2. The features of the app

The number of features and their complexity will ultimately affect the development cost of an app. An app with complex features like social feed algorithms, IoT device synchronization will cost much more than those app which has scanning or simple file upload feature.

#3. Level of polishing off an app

Polishing an app means updating the app with better features. The more an app is being polished the more cost of development it will incur. The user interfaces design, server architecture, or tablet optimization are the common levers.

When an app is being developed, most of the startups make a simple proof-of-concept app. This will provide them a basic idea about the market for the app and then further they will incur the cost of polishing the app with better features. A start-up company will rarely realize a fully-featured app in its first version.

There are some basic app lifecycles which include design prototype, proof-of-concept, MVP, scalable V2, fully-featured app and the development cost will increase accordingly.

#4. Number of platforms an app can support

There are two types of operations systems, iOS, and Android, which are written in two different languages. Therefore building an app that can be supported in both the OSs will cost much more than developing an app that supports just one operating system. Choose a reliable company for Android, Hybrid, or iOS app development.

#5. Location of the app developing team

The location where the development of an app is being done also affects the cost of developing it.

If the development is labor-intensive, then it has to incur the wages given to the laborers which will increase the cost of an app. And if the development is capital intensive which means in the developing process various kinds of techniques are being used then it may cost less.

As we got to know about the factors affecting the development cost of an app, so the question arises that how much money does a person need to develop an app. The designing and programming costs are not the only costs a person incurred while developing an app but there are also several others things like maintenance charges, third-party services, Apple or Google account subscription, server fees, etc.

A startup may expect these kinds of spending:

The cost of hiring a server may range from $10 to $10,000 per month. This server cost depends upon the number of users, the amount of data being sent and received, and the types of services running.

It is expected to spend at is $3,000 annually on basic app maintenance so that it can be kept up-to-date. But if there is a major update in the iOS or Android, then the cost of maintenance will rise ultimately.

After knowing all the factors, the question may arise as that why the cost of developing an app is this high. An app is just a small piece of software in our smartphones then why does it bear a lot of money on its development. The answer lies in the method of development of an app. Mobile app development is a labor-intensive process that needs highly skilled people with extraordinary knowledge of the software. These people can demand higher salaries as a return for their knowledge will lead to high development costs. Further, the development of an app is a long-term process that incurs planning, designing, building, and testing which also increases its cost.

How To Calculate ROI For Enterprise And Business Apps?

The Best Website Designing and Hosting Location For Your Local Business