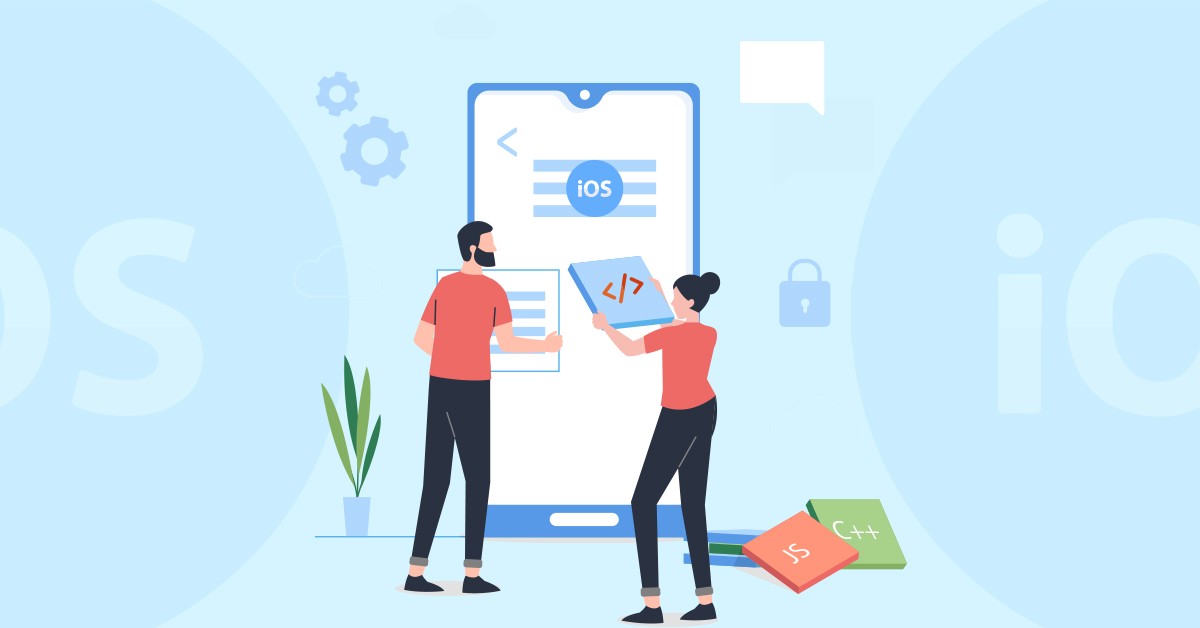 The online business generates billions of revenues every year as it has been seen in the last few years.

Businesses are looking for mobility to increase their ROI and iOS is the foremost platform for it. The revenue is a huge deciding factor. Not only that but also iOS users converting into customers becomes an attractive fact for businesses. Many service businesses are dependent on their mobile app.

However, there remains the question of finding the right skilled iOS developers in the market where a lot of people claim to be iOS app developers. To avoid this confusion, this blog will help you to look for the best iPhone app developer. Let’s take a look.

App developers like ICOREAustralia have been benefitting several companies with business apps. Interestingly, app mobility has contributed to bringing more profits and customers to businesses. Additionally, it is known to increase the reach in the market. Most of these apps have helped people expand and improve their business and get more clients.

The majority of the apps that are topping the charts on the App Store are by Facebook. However, there are other apps developed by other iPhone developers that have also reached millions of downloads. Let’s take a look at them:

Inspirational Apps That Had The Most Downloads

Certain apps have been the most popular and reached millions of downloads. They have certainly proved to be a profitable endeavor for their developers.

● iQiyi- This is a video streaming app similar to YouTube and has approximately 480 million users. According to the company, users spend 5-6 hours on the app.

● QQ- QQ is a messaging app built by Tencent, a Chinese company. It offers its users messaging features quite similar to Messenger and other characteristics like games, music streaming, and even online shopping.

● WeChat- Tencent is also the builder for WeChat. This app is very popular for chatting. It comes with creative features like emojis and stickers. According to the company, WeChat has 1 billion active users as of March 2018.

● TikTok- TikTok is a popular social media app that lets its users shoot and edit videos up to certain minutes. They can also edit them and put effects on them. In China, TikTok is known as Douyin and happens to be the most downloaded app in the country. This app is built by the same developers behind Musical.ly. TikTok is very popular and according to verified statistics, the app has generated curiosity when it comes to its value and featured ads.

● Facebook- Even after so many years and many new apps, Facebook still reigns as the top iPhone app. It did have a rocky year in 2018. In the first quarter of 2018, Facebook was downloaded at least 24 million times. Since its launch, this app has always maintained its place among the apps on the top 10 charts.

● Instagram- Instagram was initially marketed for its high-quality images. Recently it has also attracted its users with its videos that the users can create and upload onto the platform. Instagram happens to be the second most downloaded app on the App store.

The use of tech stack by iOS app developers has significantly reduced the cost of apps like Instagram. It has made it free to download on the App Store.

● Whatsapp- Whatsapp is the most popular messaging app. It is owned by Facebook. It has approximately 1.5 billion users. The founders of Yahoo! built this app in 2007. The iOS app version’s layout is different from that of the Android app.

The iOS development market has reached new heights and continues to do so every day. Here is a deep insight as to why you should hire an iOS developer.

It is quite tedious when you realize that there are over 2.2 million apps on the App Store. The competition is immense. Yes, while the top 1 percent hog up a fair share of the market, the others barely get 1000 or fewer downloads to their credit. You would want your app to fall in the first category.

A developer who knows all the prevailing iOS development trends, and also has access to all the right tools and latest techniques for profitable app development.

Why Should You Hire a Developer for an iPhone?

Enterprise apps have been getting more expensive and complex in the coming years. Therefore, large and small businesses are leveraging various trends via the expertise of the developers of iPhones. The battle between iOS and Android is a tough one. Android has more than 85% of the market share and prevails in the mobile app market.

However, iOS brings more revenue to its developers than Android does. The reason behind this is that it gets frequently updated and caters to a niche clientele that only wants and looks for the best. This is why you should hire an iOS developer as it would fetch profitable returns for you.

Experienced iOS developers are also aware of how Google has moved towards Cloud applications. Google has integrated the rich user experiences of desktop apps along with the traditional web applications.

If a company is looking to hire an iOS app developer, firstly, they must state their requirements very clearly. There should be any confusion when the project is already underway. A good direction given to the developers before they start working on the app, will narrow the search area for them and help speed up the finding process.

Any project that requires a simple design and has fewer risks can be given to any iOS app developer to work on. Working with them means the cost of development will be lower and the process will also be sped up. However, in this case, businesses should not expect a high-performing app. It is quite unrealistic to expect a very high-performing app from individual developers at a relatively low price.

For instance, the capital required to develop messaging chat apps like WhatsApp is of course higher and requires a bigger budget and a lot of time for its development.

When you are looking into iPhone development services go for one that is well-established and has good services as then there is a very low chance of any risk.

Generally, ICOREAustralia has a dedicated team that works on the app. They work on management, development, and designing the app through a well-planned process. Many businesses have services of outsourcing app development and the results are quite satisfactory and great.

iPhone development may cost a little higher when a company is involved. Yet this does not mean it compromises the quality of the app. The price of startup apps is cheaper than highly successful companies.

In reality, Australia has a sea of developers ready to serve, so make sure to find the best when looking for app developers.

Here are certain things you need to keep in mind before you hire an iOS app developer for app development:

Finding app developers is not easy, especially for experienced developers. Experience is one of the utmost important things when it comes to hiring iOS app developers. More years of experience brings more accuracy to the app and reduces the chances of mistakes.

● Portfolio of the iOS developer

When you go to find an iOS app developer, make sure to check the portfolio of the developer. Check to see if the developer has all tools for the major languages that are needed to develop apps. Also know if the developer also designs, and has cross-platform development and if they are familiar with the latest technologies. This will ensure an effective and best iPhone app development.

Hiring an iOS app developer is quite the challenge. The other challenge is to maintain a good working relationship. Working on an app may take weeks especially with an individual developer. Therefore, it becomes crucial to have a compatible relationship with him. This way you both can understand and communicate each other’s needs regarding the project as it is underway.

Factors to Consider Before You Hire an iOS app Development Company

The iOS app development companies in India are comparatively cheaper than those in the USA. The competitiveness in the technical market has been attributed to this.

Compared to any reputed iPhone app development company in California, India is a cheaper manufacturer but still does not fail to provide quality products.

The iPhone development companies like ICOREAustralia in the Singapore, USA, and UK, are highly professional than most other countries in the world. However, still, there are things to be considered before you hire an iPhone app developer. Let’s go over the points:

Before going to hire an app developer, make sure to learn all about the company and the way they work.

Their previous work will help you know if the company is a good match for your company.

These companies are highly professional and their work is systematic. Provide a clear yet detailed requirement for your app for them to deliver.

● Skills, Time, and Cost of development

The skills of the development team should include really good UI/UX design. The success of an app depends on the user interface. The time taken by a professional app development company is less than individual developers. Before finalizing, make sure to discuss the development timeline and cost involved in the development of your project.

Q. Where can I find iOS developers?

Q. How do I find the best developer?

● Always make sure to check the portfolio and also reviews.

● Going to networking is always a good idea. You may find an iPhone app developer with competent skills.

Q. How much does it cost to build an app?

The cost varies. There is no exact number for how much is the cost of app development is. There are many factors and elements at work which determine the final cost of the app. Some of these factors are:

● UI/UX Design of the app

● The location where the app development process is taking place

● The complexity level of the app, etc.

5 Things You Did Not Know About E-commerce Website Development

Steps to Find the Right Shopify Agency in Australia