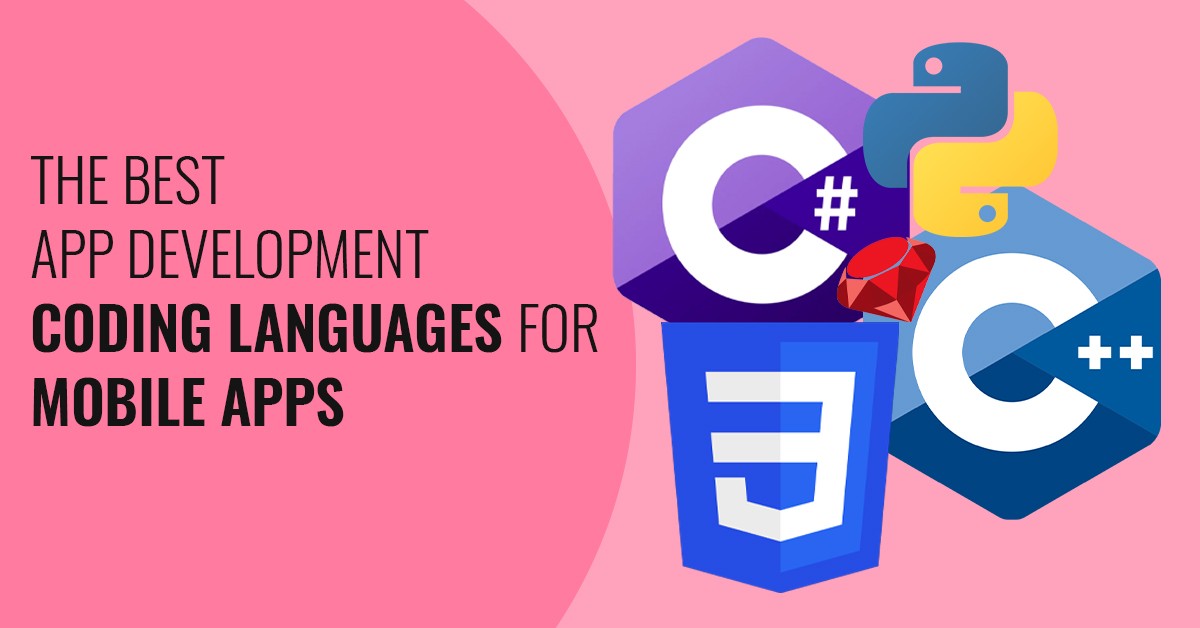 Pick a reliable programming language to learn before getting started. It can cause huge confusion when you try to move further with zero clue to the programming language. Your startup is important and so is the right mobile app coding language. App development is not only about creation, you need to focus on its success and ROI figures as well. Fortunately, there are a ton of choices out there that will work for a business or industry

In case you’ve been searching for the programming languages for the visionary startup, we make sure to cover all the reliable options for you. The programming language you pick may impact how your startup will be built and grown in such competitive importance. Fortunate for you, numerous potent programming languages can assure the features deliverable for your business. Stick to the end of the article and we are sure that the shared choices and details will assist in making the right choice.

The versatile mobile app development choices are achieving huge recognition among the developers. As per the trends of mobile app development, advanced coding languages can be highly beneficial for the creation of smarter apps. But, the choice of coding platform is not as easy as it seems. To make it easier, below mentioned are some of the popular programming languages with their core benefits and drawbacks.

Flutter is a versatile UI structured language created by Google. It has been intended for growing excellent native interfaces on iOS and Android. The best part is that there is no need for multiple coding platforms, a single codebase is enough. The Flutter allows you to compose your mobile app in Dart which is a language depending on the object-oriented language of C++ & Java.

Assuming that you are already aware of some advanced languages like React Native or Xamarin, Flutter will be like a piece of cake for you. Flutter uses similar concepts to the above-mentioned two frameworks. Swift & Kotlin are also achieving popularity in the market, yet Flutter is the preferred choice as it is a cross-platform option. Choose Icore Flutter app development services to get extensive solutions based on this language.

One codebase can be used for multiple platforms

Up to half less testing

React Native is a JavaScript system that is utilized to make versatile mobile apps. It was developed by Facebook & Instagram developers in 2015. React Native permits you to utilize a similar programming language for both the iOS and Android platforms. You can likewise compose your code in only one language and save your time and money while developing. React Native is a potent language and offers an early advantage in the market. If we check the latest Statista survey, React native is the second most popular choice of developers.

Freedom and flexibility to developers

A functional and vast community

Not a native programming language

App size is more than native ones.

JavaScript is a common programming language that is most normally utilized in versatile mobile app development projects. There can be a lot of purpose behind the app creation. JavaScript is handy and easy to integrate with other platforms. It is offering simplicity to developers along with being an affordable solution. The ascent of the mobile app industry has raised the demand for JavaScript. A lot of platforms are also offering the mobile-optimized form of JavaScript.

Python is an easy programming language that’s not difficult to understand or pursue. Being an open-source programming language, it runs on Windows, Mac OS X, Linux/Unix along with being ported with Java and .NET conditions. Python gives speedy development features & supports multiple programming standards for tackling various issues. It comes with a huge library of software modules to conduct various operations.

Python can be used for data analysis and developing websites. It is becoming a popular coding language and easy-to-learn for students. With the huge exposure, Python is becoming the most preferred mobile app development project.

Easy to use and learn

Not effective in mobile devices

It is the latest programming language provided by Apple for iOS frameworks. However, Apple has plans to make it compatible with all other frameworks. The language is designed for both macOS and iOS operating systems. Apple accepts that Swift will be useful for writing codes and functioning cross platforms with modern coordination and storage conventions.

A small community with a new language

It is a straightforward interface for Android that runs on modest Android Go telephones. The programming language was created with the motive to develop mobile apps at affordable charges. An additional test variant is also released by Google suitable for small-scale markets.

Kotlin, created by JetBrains in 2014, is not completely the same as Java and C++. Truth be told, it is a compiler-free language. This implies that you can utilize it to build any kind of application whether it is iOS, Android, or even Microsoft. Kotlin offers a cutting-edge technological environment with lots of additional features.

Xamarin is a potent mobile app development tool designed by Microsoft. The motive behind this was to assist developers with easy switching between Android and iOS apps with one language. The coding experts can utilize the same codebase on both versatile platforms with the use of native API(s). The objective is that you get extraordinary quality of development standards. As indicated by Statista’s 2021 survey, 11% of the share is with Xamarin.

Ionic is a front-end web framework for developing cross-platform hybrid mobile apps. This open-source mobile app development language makes the best use of HTML language. Ionic uses AngularJS to offer an extraordinary developer experience with native app development. Ionic is based on Apache Cordova (previously known as PhoneGap) and can be utilized to foster Android, Windows, and iOS applications.

Works on a single code base

Hence, we can conclude that the above-mentioned details and choices of the mobile app development programming languages are enough to make the right choice. We recommend Flutter by Google as it can grab the attention. You can also see tons of flutter communities and YouTube videos for any sort of assistance.

Use Flutter to develop the native Android and iOS mobile apps in considerable time. It saves you from limitations and provides the flexibility of choosing cross-platform tools. Flutter coding language allows running the code with native environments. It works on the principle that says – Code once and use anywhere. However, you’re free to make your choice as per the requirement. Our article has all sorts of proud and recommended mentions as per the industry standards.

5 Things You Did Not Know About E-commerce Website Development

Steps to Find the Right Shopify Agency in Australia